One of the highest spots in Moscow, Poklonnaya Gora now hosts Victory Park, an open-air museum with tanks and other war vehicles on display from the Second World War.

The following images were taken with my Casio Exlim 10.1MP compact camera in April 2009, and I’ve treated them to some post processing with Lightroom 5, recently.

This is a shot of the museum building. And I didn’t realize until I was enhancing this image that there were youths outside the building, skateboarding. The first image captures one of them performing some sort of board flip.

The Obelisk with the statue of Nike mounted to it’s column. Standing at exactly 141.8 meters tall (10cm for every day of the Second World War), the Obelisk is a very impressive structure, even against a cold, grey, Moscow skyline. The statue of Saint George slaying the dragon stands at it’s base. 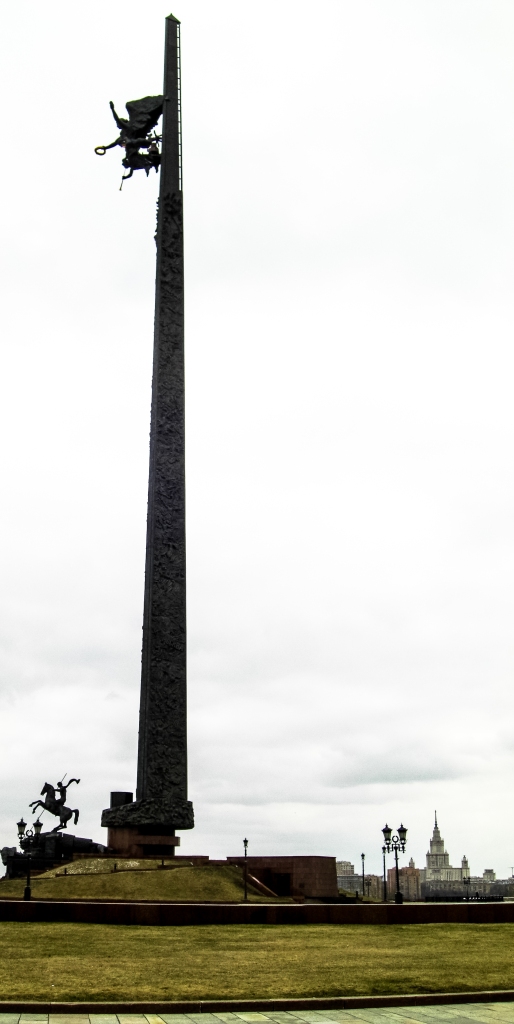 The Holocaust Memorial in Victory Park is situated just outside the Synagogue. The statues are large and purposely evocative.