The war memorial in Market Square, Abercarn, was designed by the local architect, J. H. Highley and unveiled in 1923.

The tall, ashlar-faced memorial supports a bronze female figure, holding a wreath of laurel leaves and blowing a trumpet.

Beneath the north-facing figure, the following words in Welsh are carved in the stonework:-

A bronze cast of laurel leaves is attached to the pedestal beneath these words.

And, at the base of the memorial, an attached bronze panel records the names of 59 local men who made the supreme sacrifice for King and Country during the First World War. Their names are tabulated in three columns without rank or regiment beneath the heading:

TO THE MEMORY OF OUR GLORIOUS DEAD 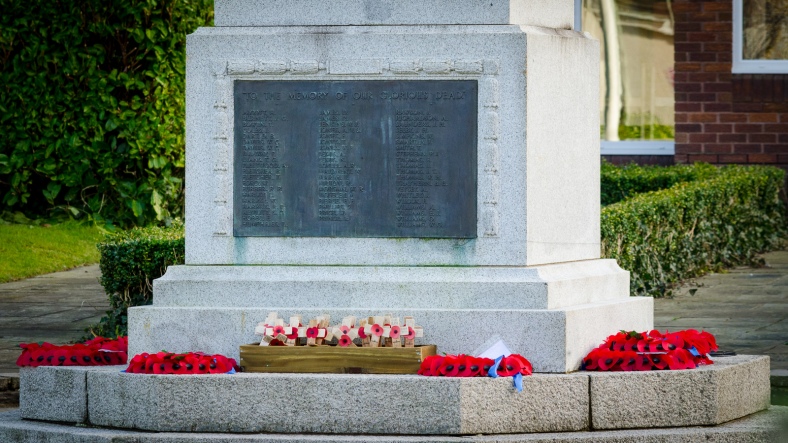 The fallen from the Second World War are recorded on the rear of the memorial on a similar plaque beneath the heading:

One thought on “Abercarn War Memorial”