Tim Wolverson: My Introduction to Photography

I discovered the wonder and joy of photography at a very early age for I was privileged enough to have parents who both appreciated and enjoyed the technology available at that time.

My mother’s father gave her a second-hand Kodak Duaflex II camera for her fourteenth birthday. It featured a square viewfinder on top of the camera body, which was reminiscent of today’s digital camera viewfinders yet it required no on-board power source for it to work. All it needed was light.

I can still remember the smell of the brown leather case that the camera sat in and the surety of the brass clasps to fasten the leather sheath tightly around the camera’s body and lens when you were finished using it.  I remember being taught how to wind on the film after taking a shot. And yes, I was allowed to take the odd snap or two, despite the cost of film and developing being equivalent to a Prince’s ransom.

Then, in the early seventies, my father bought an Olympus OM1 SLR camera. I recall him cradling and coveting the lens while  extolling the virtues of Japanese optics. I remember him enthusing about depth of field, f-stops, apertures, shutter speeds and film speeds. And I had no idea what he meant at the time. My mother did though.

Fueled with this superior camera technology,  coupled with cheaper film and development, it’s no wonder my parent’s enthusiasm and desire for photography grew. My mother started to develop black and white film and spent many an evening enlarging and printing some very fine images. I used to sit by her side, watching and learning the techniques; amazed how small negatives could be transformed into top quality photographs. Moreover though, I used to love watching the enlargement of very old negatives; sometimes of long-dead relatives; my mother explaining the background behind each picture and who those people were.

Years later, I was given the Olympus OM1 when my parents treated themselves to another film SLR. The camera was approaching 25 years of age and apart from a few cosmetic issues, the camera still worked perfectly, producing outstanding shots and capturing some striking photographs of my first children. Superb images that digital cameras today would have trouble contending with.

I joined a photography club. I learned from others and accepted all the club’s photo challenges as they came. I went out with the sole purpose to expose film and hopefully produce decent entries for these competitions. I purchased an enlarger and all the paraphernalia to develop black and white film. I spent hours and hours, locked away in my dark room developing and printing. I was hooked. Gone were the days of submitting a 24 image film for development and getting the prints back with Easter at one end, the summer holiday in the middle and Christmas at the other.

Then came the digital era. And in my opinion, photography took a backward step. Initially, digital SLRs were not affordable to most people and the majority were coerced into using automatic, compact digital cameras; handing every decision over to the camera and taking everything away from the photographer. Everything I held dear. Yet it was clear that the digital option was the way to go. It had many benefits over film but I did not like relinquishing manual focusing, being unable to select aperture size or shutter speed. I did not like the unnatural feeling of having to hold the camera away from my body to frame every shot with a LCD display instead of a viewfinder. Even the antiquated Kodak Duaflex II had to be held in close to one’s body when framing a shot with it’s similar-styled view screen. A lot had been lost. And the gains were few. The immediacy of photographs was the great feature; the way they could be stored and transmitted. But image resolutions were low. It was often cumbersome to zoom optically, and frame a shot with any speed. It was difficult to pinpoint the subject of a shot and adjust the depth of field. Early digital compact cameras seemed to use the safe option; a small aperture setting so that almost everything would be in focus. And because of this, photographs seemed flat and ordinary.

Of course, technology has moved on and become better and more affordable. I’m now amazed at the quality of today’s digital images, especially from mobile telephones. Although I’m still not a fan of holding any sort of camera away from me when I’m taking the shot, I do like the camera on my Samsung Galaxy S3 and I’ve discovered the enjoyment of Instagram. But that’s just a bit of fun.

I purchased a Nikon D5100 digital SLR a couple of years ago and since mastering it’s manual modes, I have begun to enjoy photography again. Photography as it should be.

I see photography as art, a continual challenge, purposeful and a fantastic way of recording the here and now. I much prefer a well-taken photographic-still over a video any day. To me, one perfect  photograph can convey so much more information than the video format. It can even tell a story.

I enjoy the photography of others and I am a regular contributor to the Weekly Photo Challenge by the Daily Post on WordPress.com

10 thoughts on “About Tim Wolverson” 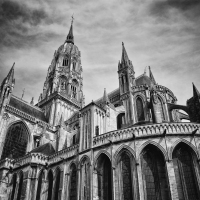 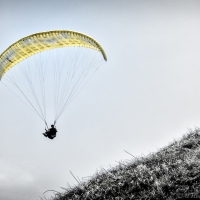